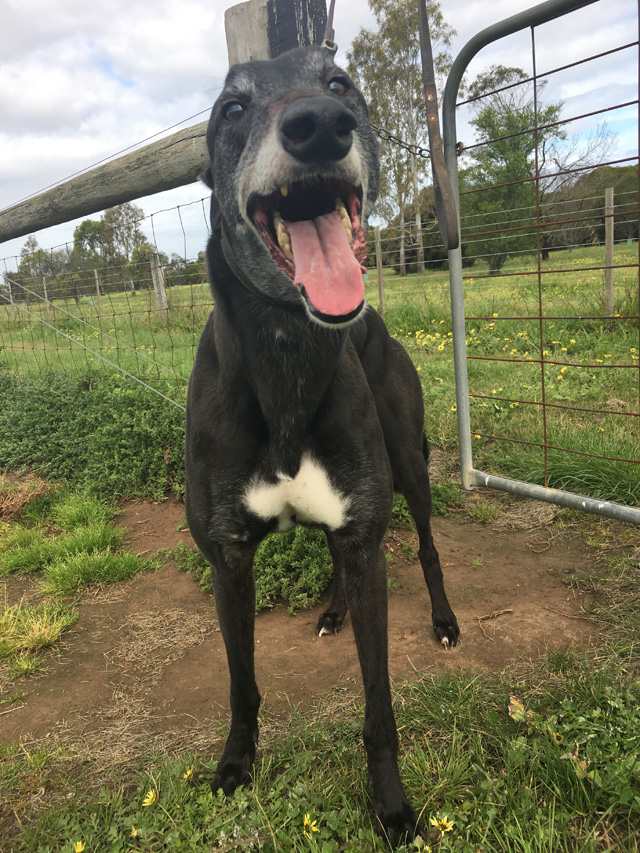 
At the ripe old age of six Flaming Bob (pictured) is one of Victoria’s oldest greyhounds currently racing. What’s his secret you may ask? Trainer Donald Fields believes it all comes down to attention, rearing and of course a love for racing.

“He really likes to race! I think he likes it so much because of the attention he has been given – from the time he was born I spent a lot of time with the litter. The only reason he is racing today is because he wants to run,” trainer Donald Fields explained.

Flaming Bob has had a staggering 113 starts for seven wins and 37 placings. Although his last win came in September 2014 at Ballarat he recorded a best of the day time of 25.55sec.

WATCH: Flaming Bob in his last win races from box seven in 2014.

Donald Fields who has over 50 years’ experience in greyhound racing describes himself as a hobbyist, taking pride in the fact that when he breeds a litter he does everything with them – from whelping to rearing, racing and retirement. But his kennel star Flaming Bob is his only exception.

“I bred, reared and trained Flaming Bob’s litter up until I broke my leg and had to spend six months in hospital. The Delbridge’s were good enough to take care of Flaming Bob until I got better,” Donald explained.

Donald believes Flaming Bob’s secret to longevity in racing also has to do with his training regime which involves free galloping on a grass slipping track.

“I don’t trial him much, like all my dogs they get time on the slipping track so they are run every day. Flaming Bob will only do as much as he wants to – I really let him do his own thing which will generally see him dawdle up the first 300 metres before he really gets going!”

“I think the reason he has had so many starts is because he loves to race but also because of how he was reared,” Donald explains.

According to Donald to rear a good greyhound a combination of regular worm and flea treatment, sunlight and ‘good tucker’ is a winning combination.

“The pups here have a pretty good life! They are kept warm at night and are let out during the day to free run and enjoy sunlight. I also only have two pups in a yard at a time for safety reasons and the rest I believe is really just good luck!” 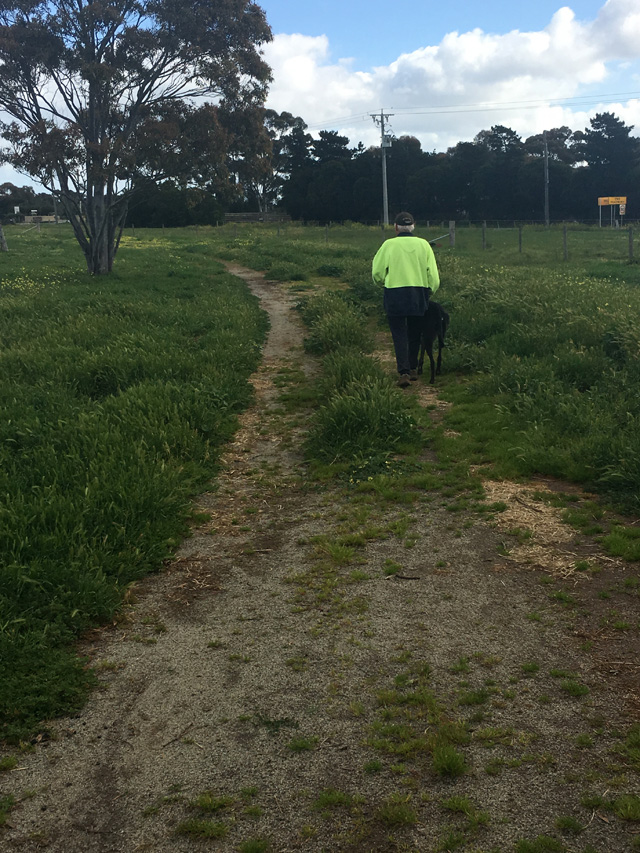 “I have never had a dog that hasn’t made it to the track and I believe it is because of the rearing.”

At 83 years of age, Donald credits his health and wellbeing to his greyhounds, a hobby he took up after he was no longer able to play paddock football.

“The thing I love most about racing is the animals themselves – they are the best dog’s nature wise! I am 83 and I am still walking the dogs every day it certainly keeps me fit.”

“I am a strong believer that if you look after them they will look after you.”

With Flaming Bob showing no signs of slowing down – despite his grey face, Donald believes once Flaming Bob has finished racing it will time for the two of them to step into retirement together.

“The travel to and from the tracks is getting a bit much for me so Flaming Bob may be my last venture.”