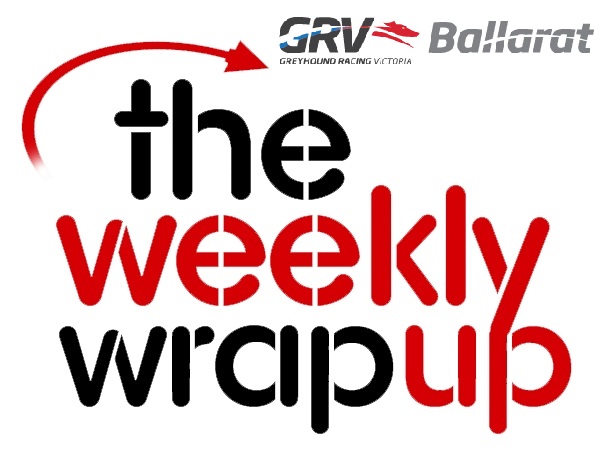 
In the month of July we lost a legend of the club, a man who would always around to lend a hand, a man who’d accept no recognition, a man who would bring you a cuppa in the mornings on a trial day (even if it was half empty by the time he got to you), a man would would come and have a chat with you on a cold Wednesday or Friday morning while you were cleaning the kennels to make the job a lot easier, a man who had been apart of the club from the days at the show grounds and who had see it all.

R.I.P Billy Hon we will all miss you mate.

Most of you would have seen the new addition at the far end of our building in the mighty Playground.
It is almost at completion with the fence being installed on the weekend and the boarder and soft-fall to be completed by the end of the working week.

If you were poking through results and seen Mondays at Ballarat you would have seen the local brigade absolutely dominated. The locals were represented with 18 runners on the card and managed to get home 5 winners and fill 7 placings with 2 quinellas.

- Altesse won race 11 and Lloyd Christmas thundering in to second

Although it was only a Tier 3 event it was a successful day for all the local trainers on their home track.

Last week we had the running of Grade 7 Final over the 390 mtrs
Fiery Flex used Box 1 superbly pinging straight to the lead, the fav Captain Pete, being checked as soon as the boxes opened cut his chances of winning to zero, being last the outside at the first turn. To his credit he flew round the outside then in the words of Robbie Testa “railed the ears of it” to rail up second in the home straight but the bird had flown and Fiery Flex had done enough and was across the line.

Congratulations to the James Barnes, Owner/Trainer on the victory.

To The Galo’s dominate victory running 25.18

Handy little week this week with 13 winners from 10 individual trainers and 23 placings.

The big day at Ballarat really boosted the numbers up, but the trainer of the week award goes Brian Hodgy Hodgson. Hodgy had a a ripping day at Shep with a winner and 2 placings.
Major Flo saluted in 25.95 and Major Moe and Major gold place on the same day.

Greyhound of the year

Trainer of the year 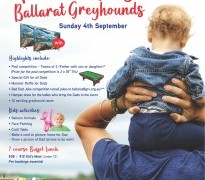 Celebrate Fathers Day at the Dogs!! 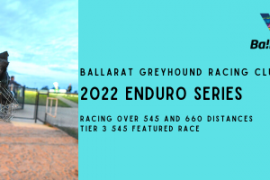 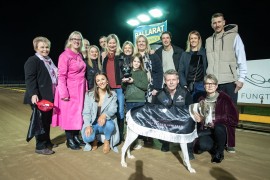