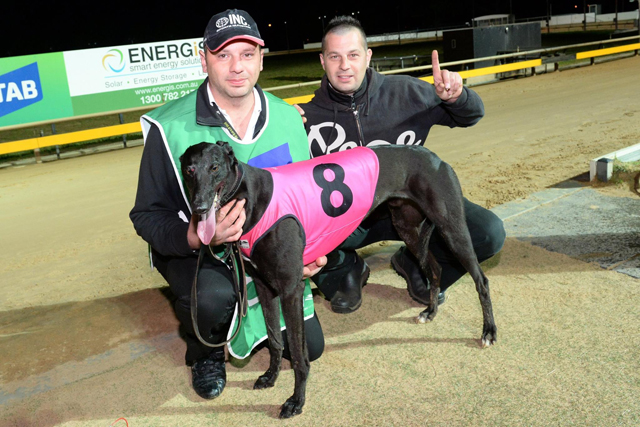 Just two starts earlier Black Mumbo all but fell when beaten 25 lengths by Aston Bolero in the Group 3 Silver Bullet at The Meadows, however he turned the tables in brilliant fashion to earn a crack at the Ballarat Cup’s massive $77,000 winner’s purse.

“I was stunned,” said 37-year old Anthony, who also bred and owns Black Mumbo, which enhanced his record to 12 from 31 with his strong-finishing 25.03sec heat success, the fastest qualifying performance.

“When I looked at the fields and saw we were against Aston Bolero, which is one of the best dogs in Australia and one of the best trainers (Jason Thompson), I was praying things went our way but to see him come from behind was a shock to the system.”

WATCH: Black Mumbo win his heat of the Ballarat Cup from box eight.

Anthony’s greyhound racing passion was forged in his teenage years, through his late father Frank, and Black Mumbo’s emergence as a serious player in the sprinting ranks is especially satisfying as the Stagger – My Path Princess litter is the first he’s bred on his own.

“I started following my dad around when I was 13-14 and learnt a lot from him. We had some good dogs, like Rico’s Lass, which won four marathons at Sandown, but Black Mumbo is probably the best I’ve been involved with.

“I bred a lot of litters with my dad but he passed away four years ago and this is this first litter I bred on my own.

“When I first broke Black Mumbo in I knew he was going to be special. He’s had some injuries and time off but now he’s matured and I’m hoping this might be his time!” 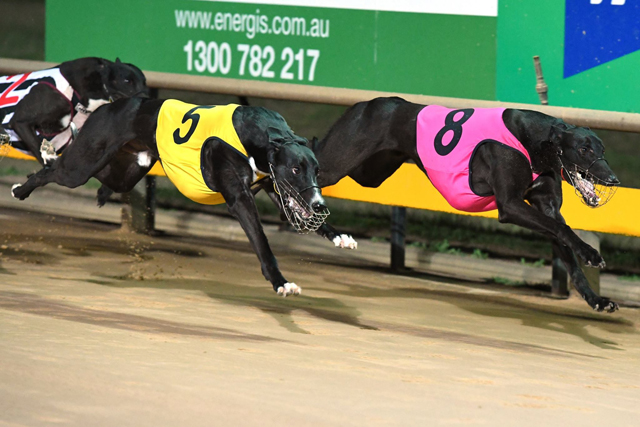 Black Mumbo (box eight) and Aston Bolero (box five) in a heat of the 2016 Ballarat Cup.

While Black Mumbo faces a daunting task to repeat his heat heroics when he exits box four in Friday’s rich Cup Final, he’s earned his place on the big stage and Anthony believes he’s up to the challenge.

“The way he beat Aston Bolero in his heat showed me that he can match it with the best,” Anthony said.

“He just loves competing and I’m hoping he can come out with them on Friday and the rest is up to him, but I’m just hoping he runs safe.” 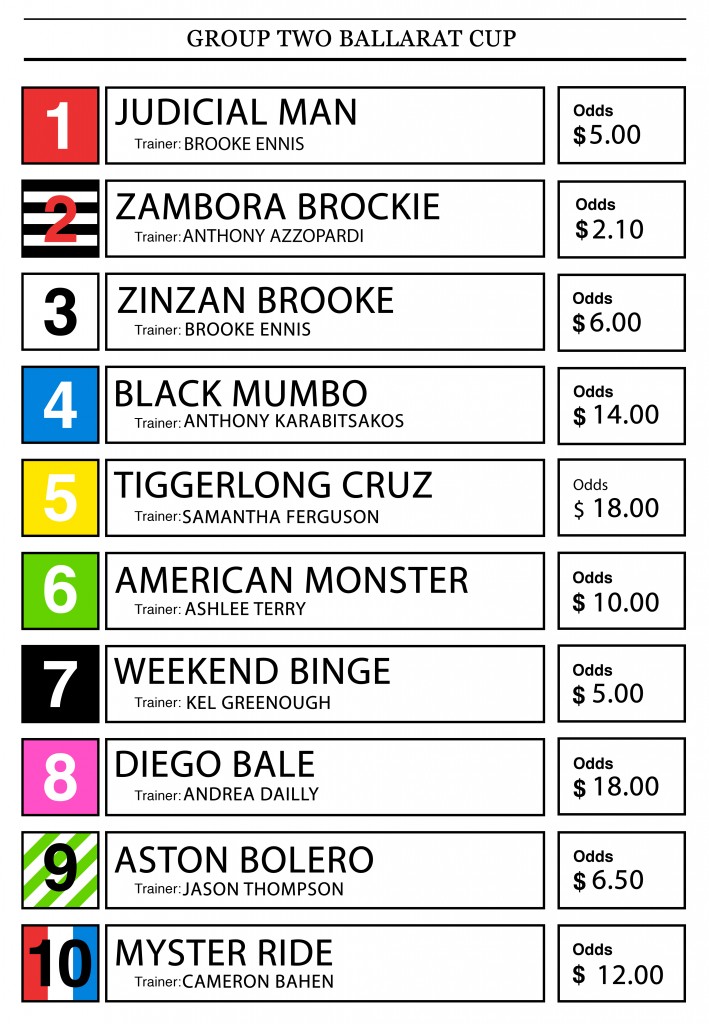