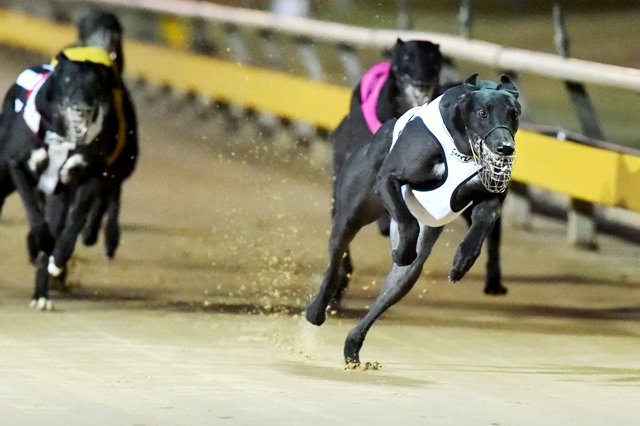 
Myrniong trainer Anthony Azzopardi admits to being surprised at a sudden increase in public interest in his dual Group 1 winner, Zambora Brockie. (pictured).

“There were quite a few people taking photos of Zambora Brockie with their phones at the Ballarat Cup heats, which I wasn’t expecting,” Azzopardi said ahead of this Friday night’s Group 2 Energis Ballarat Cup, in which Zambora Brockie is the $2.10 favourite.

“I could overhear people saying ‘there’s Zambora Brockie’, and that is something I have never noticed before. I felt really privileged.”

“I could overhear people saying ‘there’s Zambora Brockie’, and that is something I have never noticed before. I felt really privileged” – ANTHONY AZZOPARDI

“With that sort of public interest, racing him is obviously good for the sport, and having spoken to his owner (Charlie Azzopardi) this week, the plan is that provided he stays sound we will keep racing him at least until the Australian Cup in March before eventually retiring him to stud.”

Zambora Brockie’s current popularity is reminiscent to that of Fernando Bale, who 12 months ago drew a big crowd to the Ballarat Cup final when finishing unplaced behind Shared Equity despite being the hot favourite.

Zambora Brockie is the most accomplished greyhound in the Ballarat Cup final, and possibly the whole of Australia right now, having won two Group 1 races, two country cups and earning $436,000 in prize money.

However, the way in which he won his heat was unexpected as he led clearly after boxrise before being burned off for speed by Lorimer Lad, and then finished strongly to score in 25.13sec (1.5 lengths shy of the fastest heat winner, Black Mumbo).

“Lorimer Lad is a greyhound with loads of early speed, and when he went past Zambora Brockie it made him look a bit slow. Watching the replay, no other dog in the race was making any real ground on Zambora Brockie until Lorimer Lad went past him and checked him, causing him to lose ground. So he wasn’t necessarily going slow, it was actually Lorimer Lad just going really fast,” Azzopardi said.

“Watching the replay, no other dog in the race was making any real ground on Zambora Brockie. So he wasn’t necessarily going slow, it was actually Lorimer Lad just going really fast.”

Azzopardi has targeted the Ballarat Cup with Zambora Brockie since June, when his greyhound won the Horsham Cup after winning the Warrnambool Cup in May, meaning he was just one country cup win way from a $50,000 bonus.

Greyhound Racing Victoria offers the $50,000 bonus to greyhounds that can win three of Victoria’s 11 country cups in a calendar year, so if Zambora Brockie wins the race he will land a $127,000 windfall (including the $77,000 first prize).

The triple country cups bonus was first introduced in 2011, with two greyhounds claiming it so far, El Grand Senor (2011) and Ronan Izmir (2013).