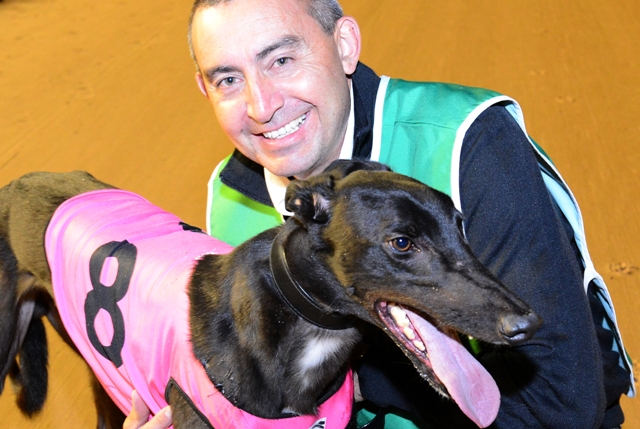 
Jason Thompson is back.

The feature event kingpin hasn’t won a group race since he prepared the Trifecta in the Warrnambool Cup (won by Black Magic Opal) in April, with his family spending a lot of time on the road supporting son Ben in his pursuits as a jockey.

“I’ve cut my team back from 18-20 race dogs down to six or seven. I’ve been racing here and there, but not anywhere near as much as I have in the past.”

“While training half a dozen dogs still requires quite a bit of work, it has allowed us to travel with Ben to his race meetings because he often travels over the border to ride,” Thompson said.

Thompson has two runners in Wednesday’s Ballarat Cup heats (450m) – established stars Innocent Til and Whodat Knockin’,  both of which are returning from wrist injuries.

“They’re both a bit underdone but they have been trialling well,” Thompson said.

“I’m not sure if Innocent Til will come back as good as he was, but the only way to really find that out is by racing him.”

Eight heats of the Ballarat Cup will be conducted on Wednesday, with the final – carrying $85,000 prize money including $60,000 to the winner – to be run a week later.
.